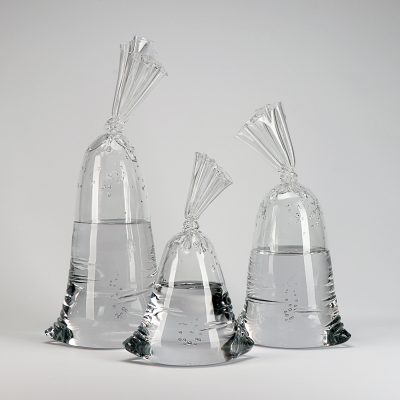 Pieces from Dylan’s H2O/SiO2 collection are now available at Guy Hepner. H2O/SiO2 is entirely hot sculpted glass, which appear as plastic bags of water. The trapped movement of the rising bubbles and the gesture of the forms convince the eye that the sculptures are just as they seem. What is fascinating is that our desires often override the true perception of reality and you often believe what you think you see as the truth.

For more information on work by Dylan Martinez, contact info@guyhepner.com. 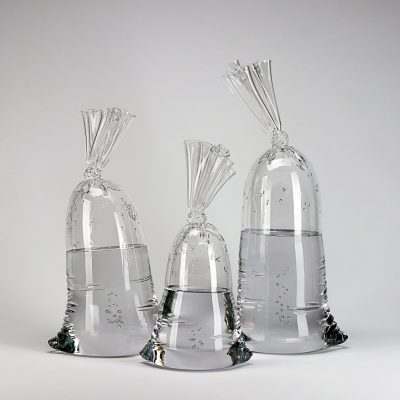