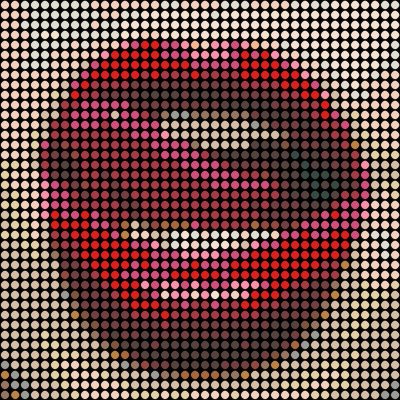 Having studied the works of the original Pointillist masters, such as Georges Seurat and Henr Edmond-Cross, as well as pop artists like Roy Lichtenstein and Keith Haring, Likissas gives us a fresh interpretation on the usage of dots in painting.

While having been painting and experimenting with dots and color for over 20 years, his body of work has maintained the same technical and stylistic approach over all these years while the content has developed as he has moved through different countries and life events. 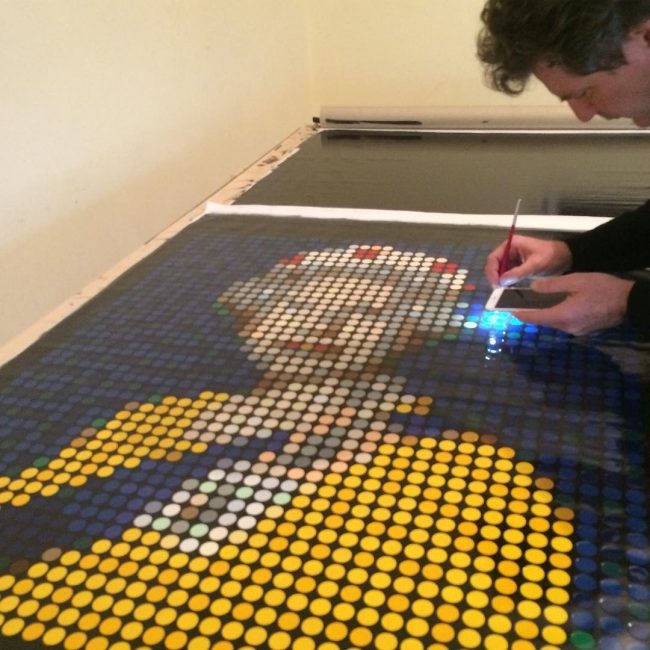 Dimitri Likissas in his studio 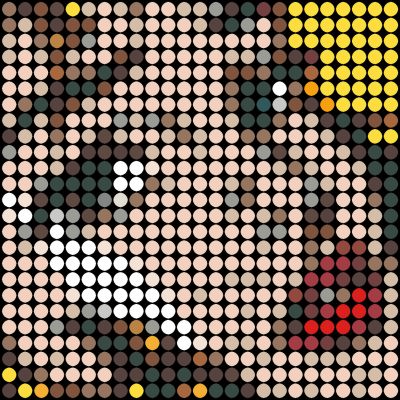 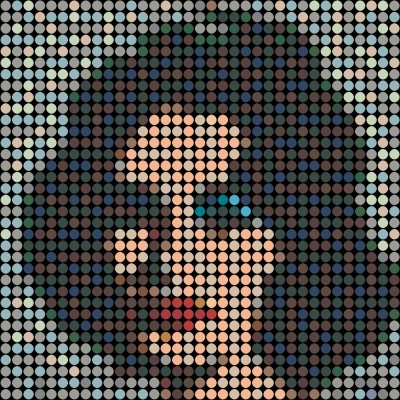