Born in 1978, Adam Lister lives and works in Beacon, New York. A graduate of The School of Visual Arts, Lister is a visual artist whose work consists of geometric interpretations of iconic imagery and pop culture references. Lister has exhibited his artwork in numerous galleries throughout the world, while also collaborating with streetwear brands, athletic companies, and other artists. 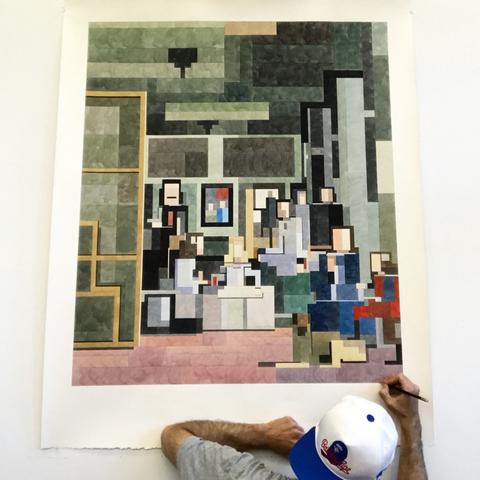 Lister breaks down classic images to their most elemental forms by combining the deconstructed and minimal aesthetic of pixelated graphics with the transparency of watercolor paint and the flatness of acrylic paint. The artist explores the relationship of nostalgia and mathematics, taking on subjects that hold a collective familiarity and reducing them to flat cubist-like compositions. The process deals with taking a memory of an image, and highlighting its complexity and simplicity at the same time. These paintings are influenced by geometric thinking and a desire to capture the briefness of a mental picture. Lister’s curiosity surrounding visual perception and spatial arrangement plays with the way that he describes each image with a specific level of clarity. 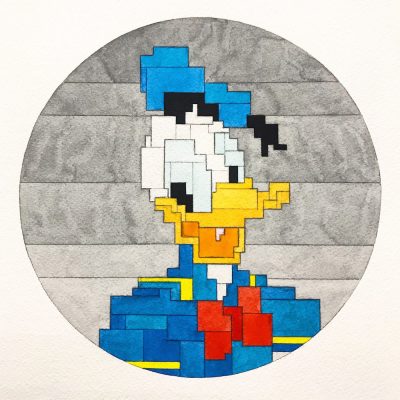 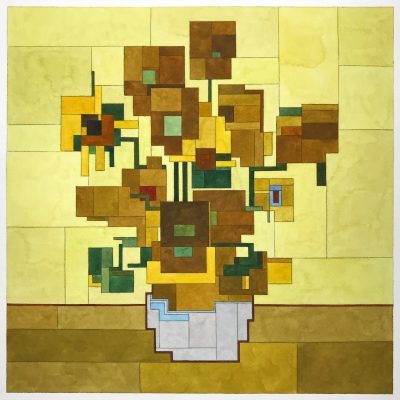