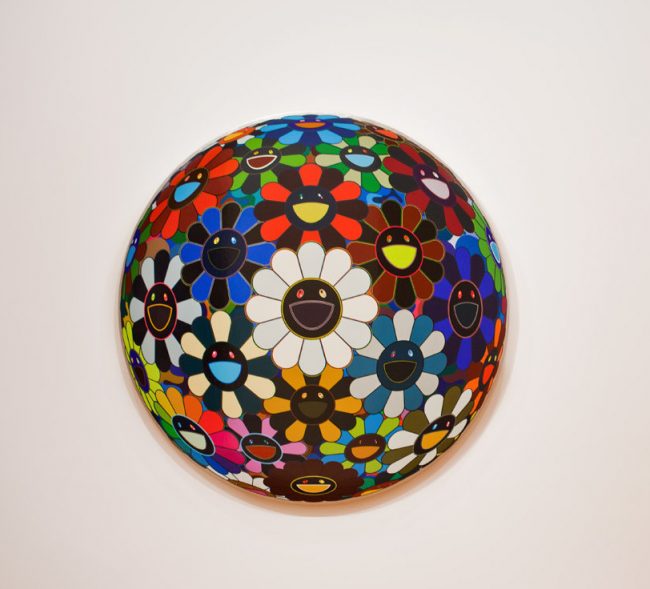 Trained in traditional Japanese art, Murakami saw similarities between the flat composition of Japanese painting and the simplified aesthetics of anime and manga (Japanese comics). His style, which emphasized two-dimensional forms and bold, striking imagery, gave birth to an artistic movement known as Superflat hich not only acknowledged but glorified the interaction between the commercial and art worlds.