Photography by Rankin has exerted a profound direct and indirect influence on cultural and trend opinion. It established the stylists involved into the fashion world, brought to the forefront musicians just starting out, and built careers of budding photographers, including Rankin himself. 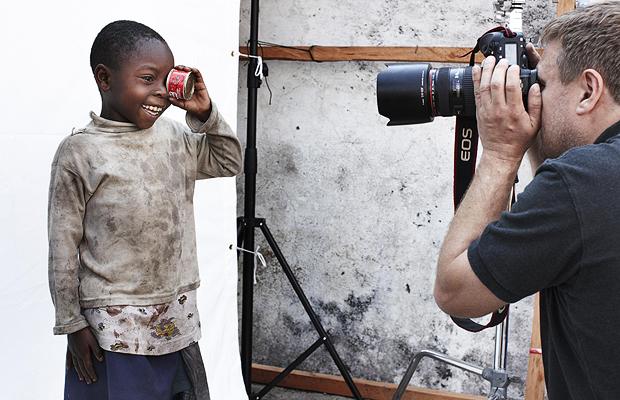 Rankin was born in Glasgow in 1966. While taking a course in accounting, he realized that this was not the future he dreamt of. He dropped out of class to study photography at the London College of Communication. Here, Rankin then decided to start a campus magazine, visiting different classes rallying up volunteers to help, and eventually meet, Jefferson Hack, a key event in Rankin’s artistic career. Together they create the famous Dazed & Confused Magazine which went viral across the student campus. It was something people wanted more of, so the pair launched it publicly in 1992 putting them both on the road to success. The monthly issue soon became a cult reference, discovering emerging young artists and displaying their work in the fields of fashion, design, photography and literature.

The Queen by Rankin

The Queen by Rankin

Hundreds and Thousands by Rankin

Hundreds and Thousands by Rankin

Touch Your Toes by Rankin

Touch Your Toes by Rankin

A Lot of Lip by Rankin

A Lot of Lip by Rankin

Here’s Looking at You 1 by Rankin

Here’s Looking at You 1 by Rankin

Here’s Looking at You 2 by Rankin

Here’s Looking at You 2 by Rankin

And God Created Eva 1 by Rankin

And God Created Eva 1 by Rankin