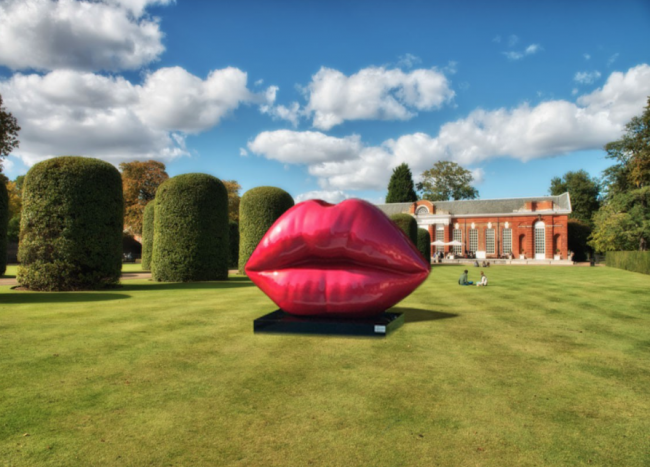 The Kiss Sculpture by Niclas Castello