One of the most powerful aspects of Deckmann’s works is that every reader can relate to at least one them on a highly personal level, regardless of what cultural background, gender or age group. Titles such as “How to disappoint and just keep disappointing – Disappointment made easy” can resonate with anyone, but instead of remaining sinister, the work is made humorous by using the same language that you might find on a cook book or instruction kit. “How to burn out instead of fade away” might be most fitting for people that live in big cities under pressure, and, perhaps: “How to keep doing the same old mistakes and expect a different result” could be considered the most universally human of all one-liners.

There are some books the viewer might be truly tempted to open, but the artist glues all of them together before painting them with phrases and sometimes silhouetted pictures to accompany them – It is therefore completely up to the viewers to imagine their content.
Some titles serve as a beautiful visualization of unobtainable wishes, such as a book titled “All the dreams that you forgot,” sparking a number of ideas and inspirations within each individual viewer that are much more valuable than any content these books could contain. 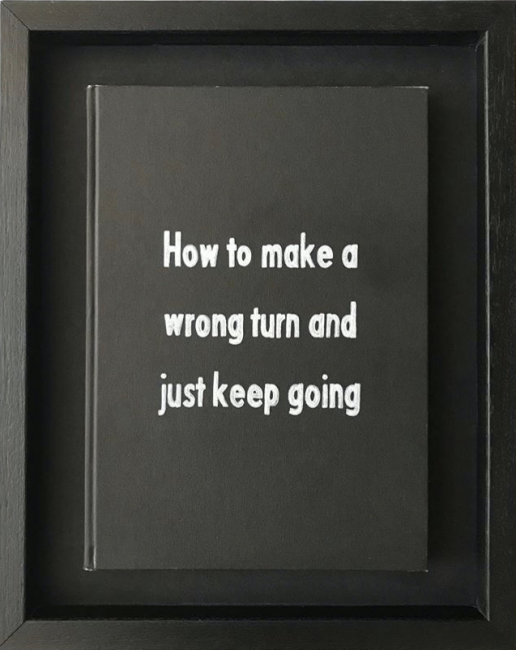 The Idea of Falling in Love by Johan Deckmann

The Idea of Falling in Love by Johan Deckmann

The Two of Us Together by Johan Deckmann

The Two of Us Together by Johan Deckmann

Not Sorry Enough by Johan Deckmann

Not Sorry Enough by Johan Deckmann

Criticize Everybody Else by Johan Deckmann

Criticize Everybody Else by Johan Deckmann