The Estate Prints by Basquiat

This collection of Estate Prints includes some of Jean- Michel Basquiat’s most highly desirable and collectible artworks. Fascinated by anatomy from a young age (his mother gave him a copy of Gray’s Anatomy when he was 7), heads and skulls became recurring images in Basquiat’s work in the early 1980’s. Recalling the style of his graffiti and his paintings, he rendersspontaneous lines, creating a layer of bright colors that really pop against the background.

Known as a political-poetical graffiti artist, Basquiat’s body of work is a Neo-Expressionist and Primitivism aesthetic. Encoding a series of words and symbols, Basquiat represents elements of his cultural heritage as a social commentary on racial segregation and alienation. The loosely defined and abstracted image reflect a fragmented and torn individual. 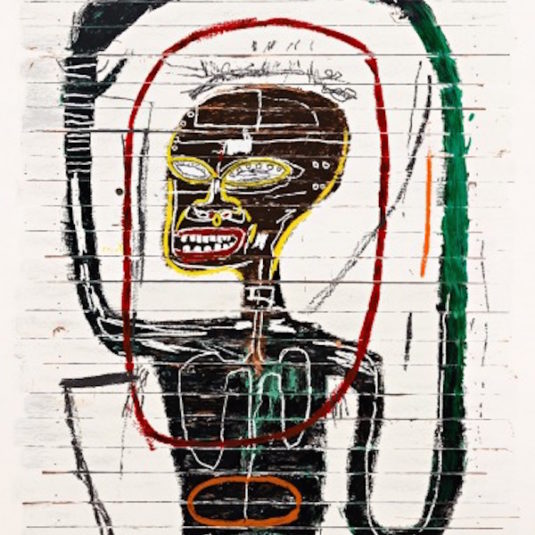 Jawbone Of An Ass by Jean-Michel Basquiat

Jawbone Of An Ass by Jean-Michel Basquiat

Rome Pays Off by Jean-Michel Basquiat

Rome Pays Off by Jean-Michel Basquiat

Charles the First by Jean-Michel Basquiat

Charles the First by Jean-Michel Basquiat