Ellen von Unwerth’s career in fashion began accidently on her first day of university in Munich, “As I was walking towards the door to register, a model scout approached me and that was about as far as my university life went!” After modelling in Munich, von Unwerth relocated to Paris to sign with Elite, following a call from John Casablancas. “I modeled all over the world for about 10 years while living in Paris, and then one day, when I was about to leave for another shoot in Kenya, my boyfriend gave me a camera.”

Von Unwerth has now shot for all of the of top fashion publications including Vogue, Vanity Fair, Interview, The Face, Arena, and i-D, and published dozens of books of personal work from exhibitions around the world.

Her photographic career really took off when she landed a Guess campaign, featuring Claudia Schiffer. It was von Unwerth’s photographic style, which focuses on seductive, provocative women in playful scenarios, that would dictate Guess’ infamously provocative advertising campaigns for the next 30 years. She would go on to shoot campaigns for Dior, John Galliano, Ralph Lauren, Thierry Mulger and Uniqlo, and many more. 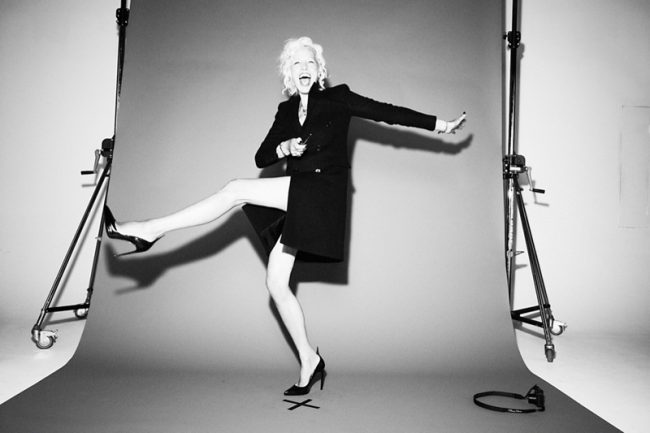 Since her big break in fashion photography, Ellen von Unwerth has constantly been on the map as one of the best photographers of women, with an innate ability to capture a woman’s sensuality in any type of setting.  Her ability to relate to the model’s state of mind, and her confidence in female playfulness and sexuality, Ellen Von Unwerth continues to make beautiful fashion spreads, commercials, music videos, and published photography books full of sexy, natural, unrestricted women.  Von Unwerth has worked with some of the most influential actors, musicians, models, photographers, and personalities of the century, and is published in countless magazines.  Not only does Von Unwerth shoot for clients, she shoots for herself, and is constantly with camera in hand.

The Mask by Ellen von Unwerth

The Mask by Ellen von Unwerth

Nudes at the Royalton by Ellen von Unwerth

Nudes at the Royalton by Ellen von Unwerth