For every famous person, their public image is their most important visiting card. David LaChapelle knows this very well and aims at capturing this aspect in order to describe, exuberantly and wickedly, their narcissistic nature and their exhibitionist attitude. David LaChapelle’s Star System is a series of photographs where normality is simply out, and every type of excess is in. 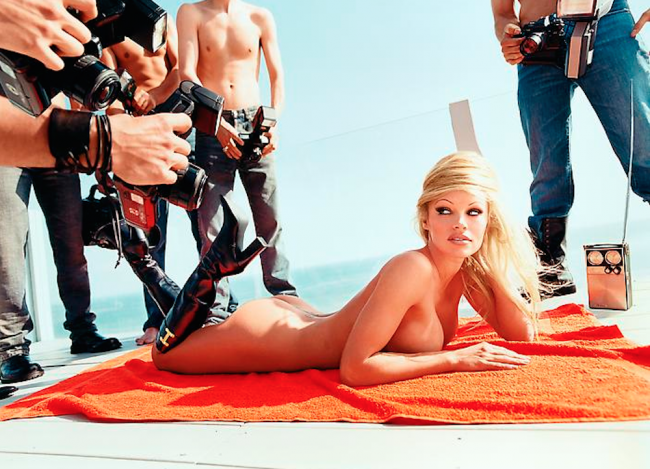 David LaChapelle is known internationally for his exceptional talent in combining a unique hyper-realistic aesthetic with profound social messages. LaChapelle’s photography career began in the 1980’s when he began showing his artwork in New York City galleries. His work caught the eye of Andy Warhol, who offered him his first job as a photographer at Interview Magazine. His photographs of celebrities in Interview garnered positive attention, and before long he was shooting for a variety of top editorial publications and creating some of the most memorable advertising campaigns of his generation. LaChapelle’s striking images have graced the covers and pages of Italian Vogue, French Vogue, Vanity Fair, GQ, Rolling Stone and i-D, and he has photographed some of the most recognizable faces on the planet, including Tupac Shakur, Madonna, Eminem, Andy Warhol, Philip Johnson, Lance Armstrong, Pamela Anderson, Lil’ Kim, Uma Thurman, Elizabeth Taylor, David Beckham, Jeff Koons, Leonardo DiCaprio, Hillary Clinton, Muhammad Ali, Britney Spears, Amanda Lepore, Katy Perry and Lady Gaga, to name a few.