Banksy began his graffiti art lifestyle by admiring the works of Blek Le Rat and often recycling his old ideas. He has been very active in the graffiti scene since the early 1990s. Initially, he hung around a graffiti crew in Bristol by the name of DryBreadZ crew or DBZ. Soon after, he began to partner with Inkie, another notable graffiti street artist.

By the age of 18, Banksy began to develop stencils after nearly being caught vandalizing public spaces by police. As his crew fled from the scene, Banksy was stuck hiding beneath a garbage truck. It was at this time that Banksy saw stencil letters on the truck. Looking for a faster way to paint, Banksy decided stenciling would be his new graffiti type.

Girl with Balloon (Red) by Banksy

Girl with Balloon (Red) by Banksy

Single Lane Ahead by Banksy

Single Lane Ahead by Banksy 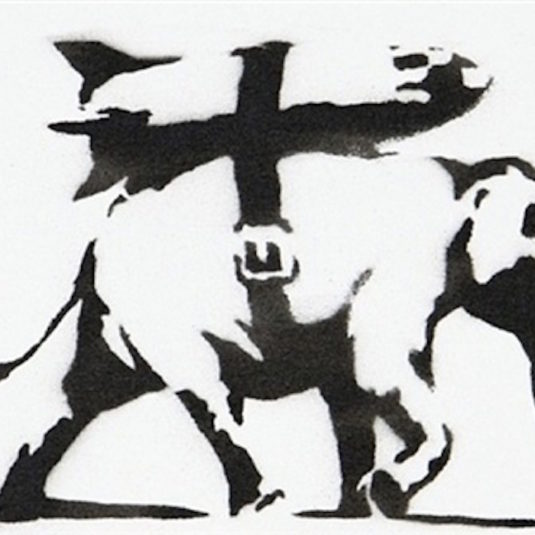 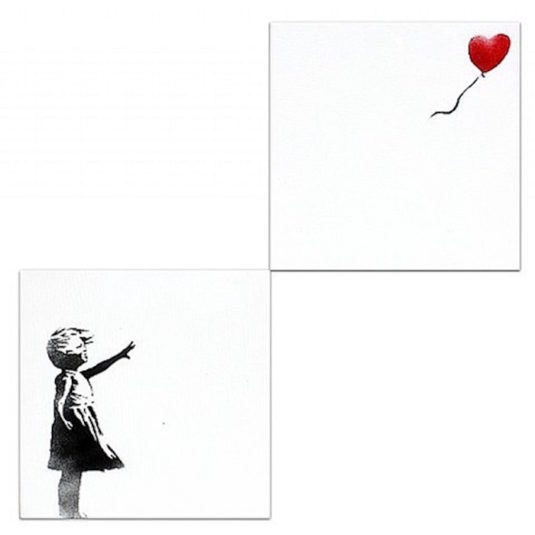 Girl With Balloon Diptych by Banksy

Girl With Balloon Diptych by Banksy