One can barely separate Andy Warhol’s pop art style from the face of Marilyn Monroe. For decades, she has been an icon that has remained alive through the power of art and Warhol’s signature pop art style. What makes the Marilyn Portrait Series stand out from all the other subjects Warhol produces, goes beyond her success as an actress and model.

Although Warhol adopted a bland, detached persona, he was an extremely energetic artist and self-promoter who played a significant role in redirecting the course of art. Rather than deriving his work from subjective personal feelings or idealist visions for abstraction, Warhol embraced popular culture and commercial processes. He eventually set up his own print-publishing company called Factory Additions, issuing portfolios of his signature themes. For Marilyn, he created ten highly variable portraits, exploiting the possibilities in screenprinting for shifting colors and off-register effects. By celebrating the seemingly impervious veneer of glamour and fame, but acknowledging its darker inner complexity, these prints reveal Warhol’s subtle grasp of American culture. 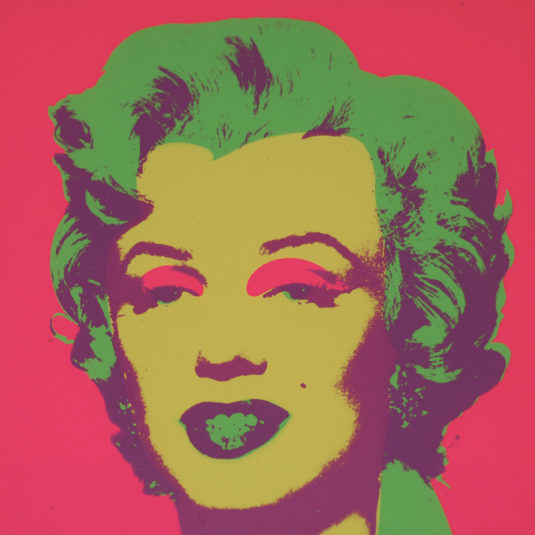