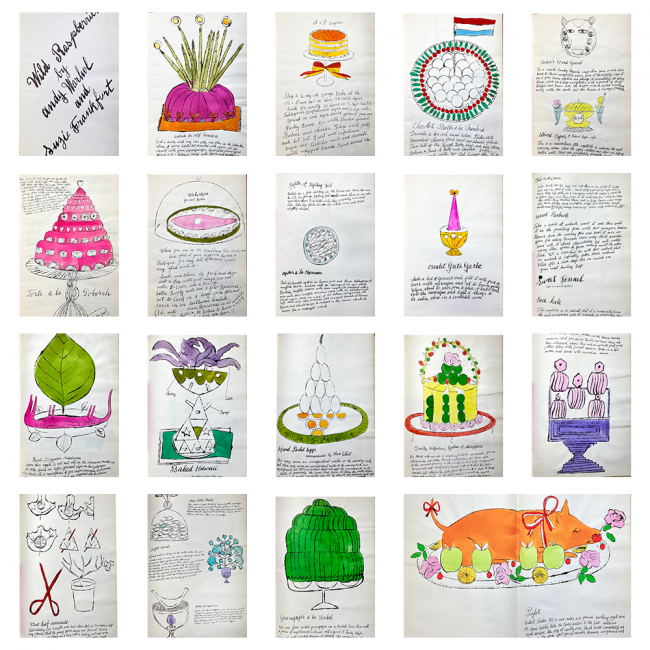 Prior to his early printmaking activities in the 1960s, Warhol’s innovative and artistic techniques are illustrated in Wild Raspberries – a book of offset lithographs created for promotional purposes in the 1950s. In one of Warhol’s very early commercial assignments, he had been required to restrain his normally expressive line to produce illustrations for a 1952 edition of Amy Vanderbilt’s Complete Book Of Etiquette. However, the irreverent recipes concocted by his friend Suzie Frankfurt required something different. Wild Raspberries, its name a takeoff on the then popular Ingmar Bergman film Wild Strawberries, was conceived by Frankfurt and Warhol as an antidote to the serious cookbook and its promotion of the image of the perfect house-wife in the 1950s. Frankfurt wrote the recipes and Warhol provided the illustrations. Their joint efforts produced Salade De Alf Landon and Gefulte Of Fighting Fish/Oysters A La Harriman. The directions for each recipe were deliberately absurd. The recipe for the preparation of a pig is sly as well: 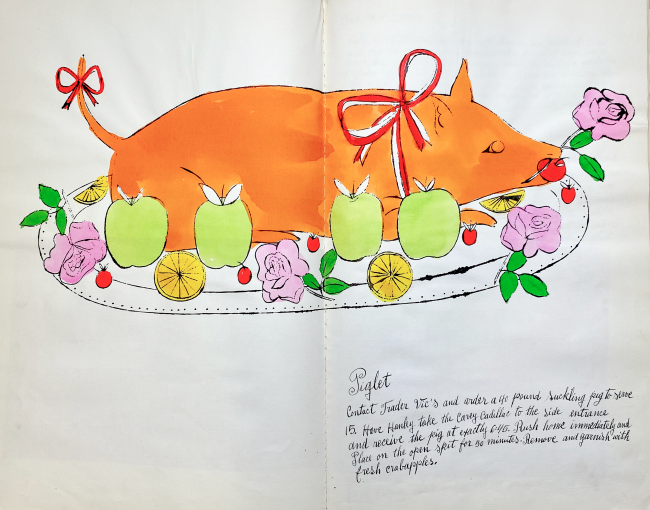 Contact Trader Vic’s and order a 40 pound suckling pig to serve 15. Have Hanley take the Carey Cadillac to the side entrance and receive the pig at exactly 6:45. Rush home immediately and place on the open spit for 50 minutes. Remove and garnish with fresh crabapples. 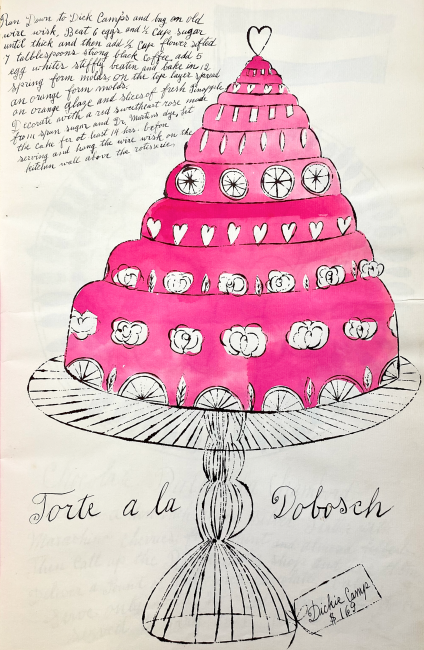 Many of the images used in Wild Raspberries are based on early twentieth century color reproductions of fanciful French desserts. Warhol used other such sources for several painting screens relating to this topic, including one entitled Strawberry Jello. He also exhibited the drawings for the book at the Bodley Gallery. The calligraphy was provided by Warhol’s mother, Julia Warhola, who had contributed the lettering for 25 Cats Named Sam and One Blue Pussy and A La Recherche Du Shoe Perdu as well as many of his commercial assignments. In 1958, she was awarded an Art Directors Club Certificate inscribed to “Andy Warhol’s Mother.” 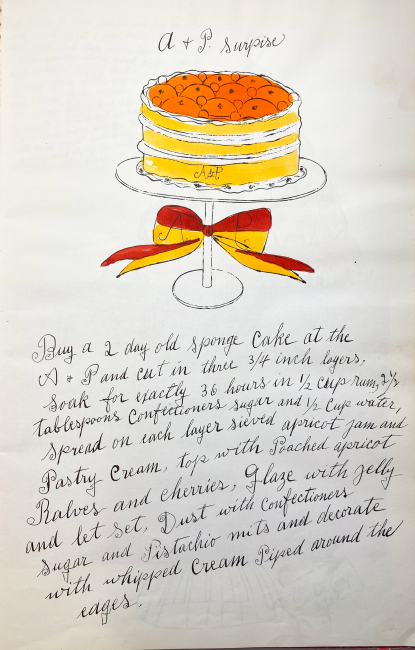 By the end of the decade, Warhol was making a concentrated effort to develop his career as a fine artist, and in 1960 he produced his first canvases featuring Batman, Dick Tracy and Coca-Cola. These works signaled a serious change in direction, as he moved away from the expressive and more personal subject matter of his pre-Pop years. Although Warhol’s visual language evolved, moving from the more erudite to the popular, his method of working largely remained the same. He continued to use existing source materials, vibrantly colored inks, and reproductive processes that now included silkscreen. Safely concealed by the camouflaged surface of his art, the personality we came to experience through these pre-Pop efforts would also be transformed, forever.