Produced in 1985, Reigning Queens is Andy Warhol’s largest portfolio of screenprints. Sixteen prints were created from images of the four ruling queens of the world. At the time, this consisted of Queen Elizabeth II of the United Kingdom, Queen Beatrix of the Netherlands, Queen Ntombi Twala of Swaziland, and Queen Margrethe II of Denmark. 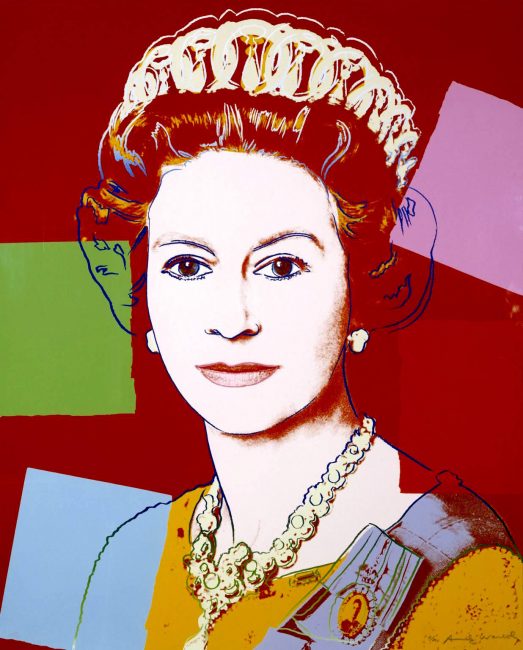 Warhol’s obsession with celebrities also extended to political leaders, as seen in his work on Mao, the Kennedys, and Vladimir Lenin. The portraits show the standalone queens, separate from their subjects or royal husbands. The viewer has no choice but to acknowledge the power these women have, not only as matriarchs but as cultural icons. 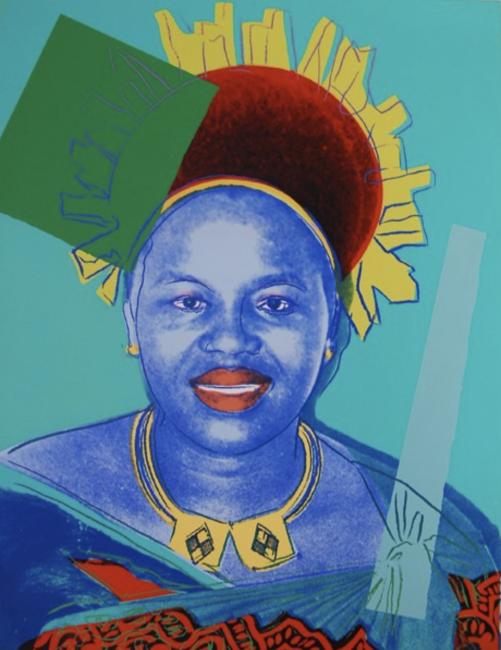 In the prints, Warhol achieves a collaged effect by combining blocks of color with printed images of drawings. These drawings emphasize the details of the portraits, showcasing the monarchs’ ornate jewelry, makeup, and clothing. Each queen is given a distinct color palette and decoration, but their compositions are mostly the same. Apart from Queen Margrethe, the queens are framed head-on, slightly above the shoulders – a pose reminiscent of faces on printed money. Warhol’s fascination with mass-produced images is clear. The prints are all based on the queens’ official state portraits, which are widely used on social commodities like stamps and currency. 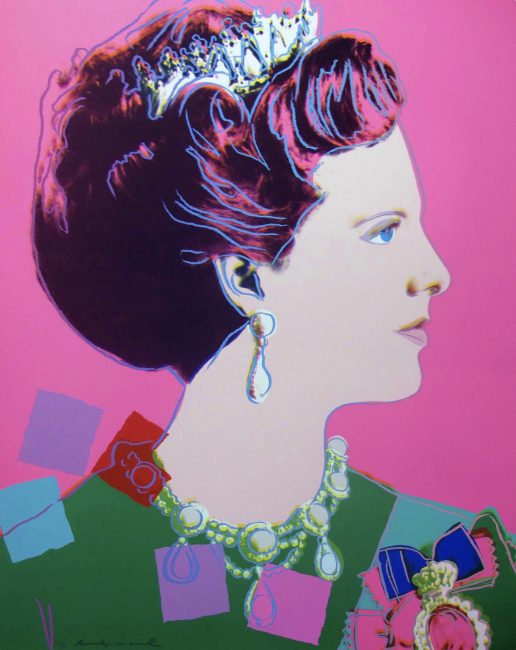 A known fan of diamond dust, Warhol incorporates the material in a Royal edition of the portfolio. With the addition of industrial-grade diamonds, the prints are elevated to extravagance on par with the queens they depict.