Andy Warhol has the magic ability of grabbing people’s attention with even an item as simple as a soup can. Therefore, in the 80’s, when many animals were becoming endangered, wildlife activists turned to Warhol to find a way to grasp people’s help. Being an animal lover himself, this task suited Warhol’s typical mantra of painting subject matter that he liked. Some have even referred to this collection as “Andy’s Arc,” as it’s both realist and playful. 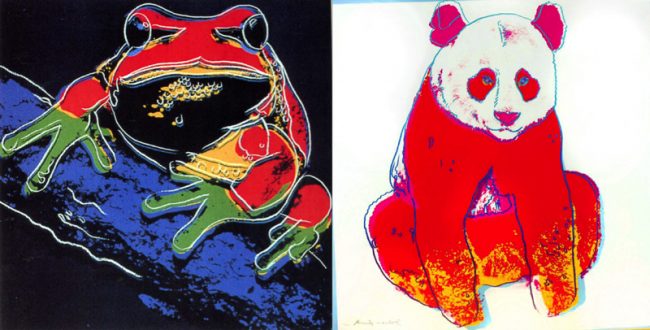 The collection highlights ten endangered species from around the world: the Siberian tiger, San Francisco Silverspot, Orangutan, Grevy’s zebra, Black Rhinoceros, Bighorn Ram, African Elephant, Pine Barrens Tree frog, Giant panda and Bald Eagle. Each animal is painted with its own attributes, giving them the same personality he would give to a painting of a person. He personalized the deaths of these animals by reminding people how beautiful and unique each one is. 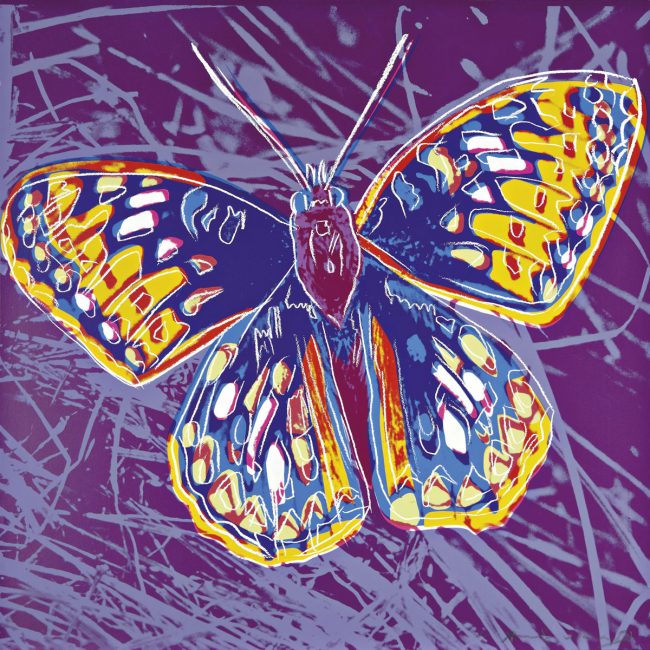 He helped remind people that endangered species are a humanitarian issue, and one everyone should be aware of. The one commonality between the animals is that they are each making direct eye contact with the viewer. It almost seems as though the animals are begging people to pay attention and realize that it is time to take action. Animals and humans mostly communicate through body language, which is reflected in the positioning and facial expressions of each animal. 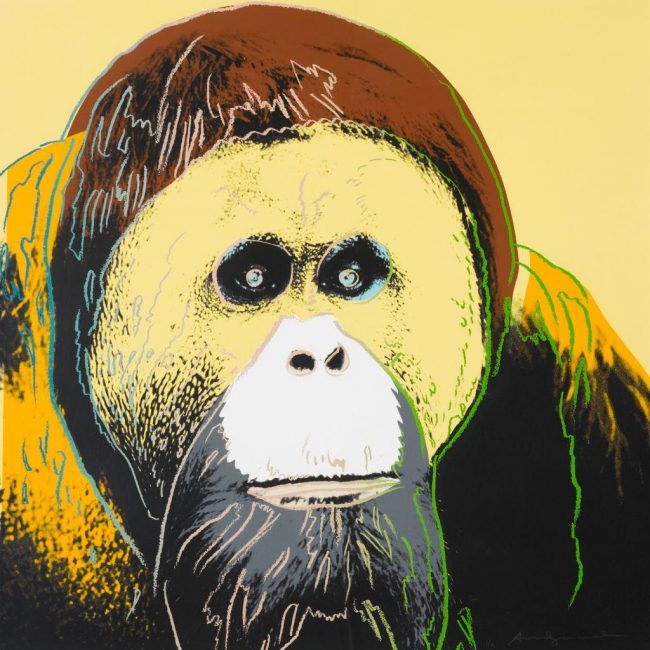 While the use of neon pinks, greens, and oranges sounds far from realistic, he still rendered the animals in a completely realistic way. He stayed true to his signature style of happy and bright subject matter, even though the underlying message is one of sadness. 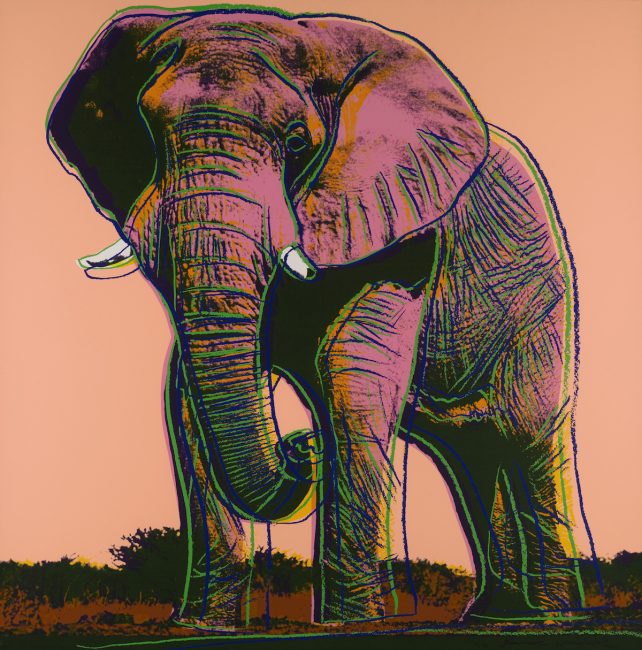 Like many of Warhol’s subject matter, this collection still stays relevant in today’s society, and is possibly more needed than ever. Warhol creates a dynamic tension between art and reality, using the art as a way to enforce the need for change.