Based on a press service photograph (Wide World Photo, January 13, 1953) of the electric chair in the death chamber of Sing Sing Prison, Ossining, New York, in which alleged atomic spies Julius and Ethel Rosenberg were executed, Andy Warhol’s Electric Chair portfolio of 10 prints confronts the notion of death and society’s acknowledgment of it – or lack thereof.

Realized in an array of colors, the Electric Chairs portfolio features a palette of fiery reds, hot and pale pinks, and other saturated hues that paint the reality of death in a fairer context. The array of bright pastel colors alters the chair’s appearance into something barbaric, medieval, and absurd. 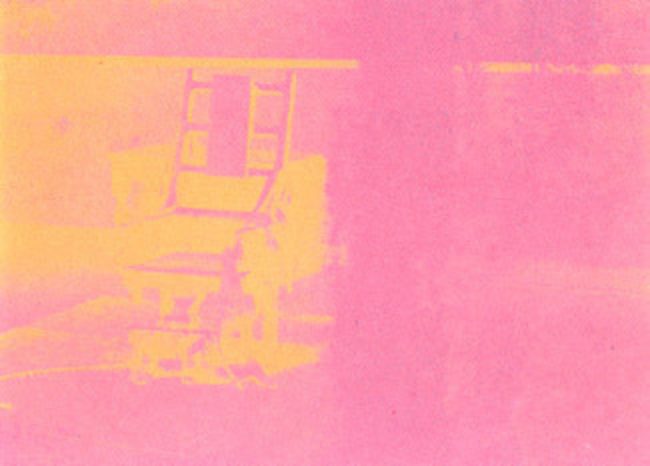 This image is one of Warhol’s most haunting and enigmatic and also first appeared as a painting – a sign that Warhol had a deeper fascination with the subject that he might have let on at first. It was three months before the autumn of 1968 that Warhol himself had been shot and nearly killed by a woman who had appeared for a moment in one of his “underground” movies.

Electric Chair F.S. II 81 introduces gestural handling of the background that would appear with increasing frequency in later series by the artist. The Electric Chair works are brave, electrifying (no pun intended), intelligent and conceptual, passionate yet optimistic and revolutionary. They shed light on man’s refusal to acknowledge his own mortality and in so doing issue a call to life and its living. 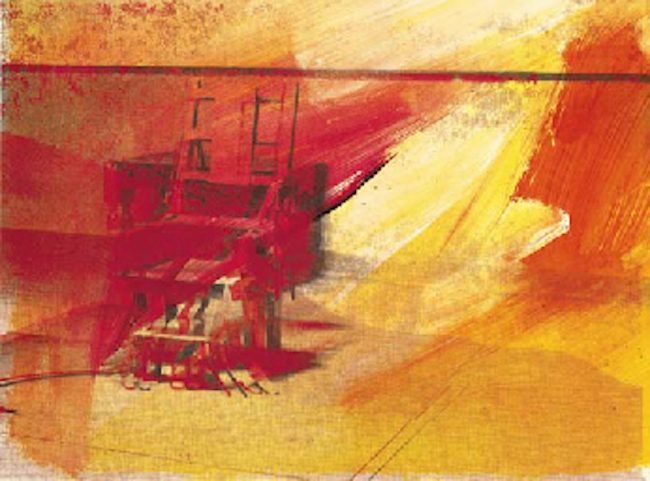 As we approach 2021, the fifty-year anniversary of the creation of the Electric Chair portfolio, Andy Warhol’s presence has expanded exponentially. His work and his image have permeated world culture to the point where he now may be as famous as just about anybody who ever lived or died.