During the 1980s, Andy Warhol continued experimenting with his interest in still life, portraiture, and popular culture subjects, updating his output to reflect some of the preoccupations of that decade. The Cowboys and Indians portfolio signals an emphasis on consumerism, advertising, and portraiture in its depiction of icons like Annie Oakley, John Wayne, General Custer, Sitting Bull, Teddy Roosevelt, and Geronimo. 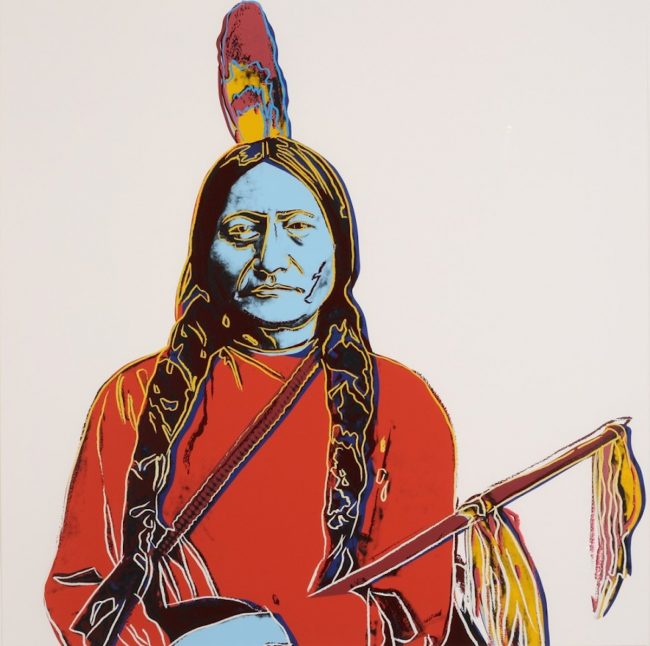 There are several nuances that set Cowboys and Indians apart from the other portfolios Warhol worked on during his lifetime most notably the number of substitutions in the image order of the set works that were to be published. Sitting Bull, an image taken from an archival photograph, while printed for the Cowboys and Indians series was not used in the end. It was substituted for Geronimo. 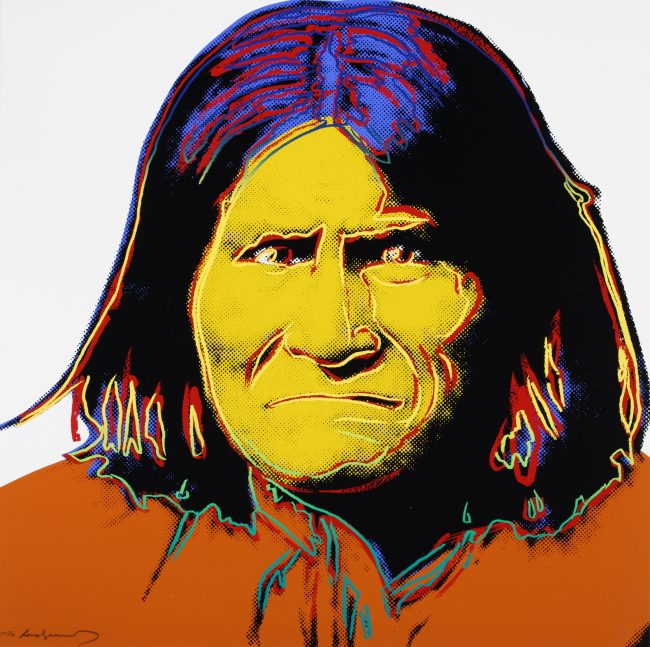 Cowboys and Indians was the first portfolio where Warhol combined portraits and objects across 10 large format prints. Most of the source material came from archival and publicity photographs of Native American artifacts. It is thought to be Warhol’s last series in the true sense of the word and it was conceived as a panorama. Fascinated by tribal artifacts, Warhol wanted to fixate on the reality of the image itself and not the reality behind the image. Aimed at communicating a political message, Warhol wanted to go beyond the cowboys of the Old West to shed light on tribal aesthetics. 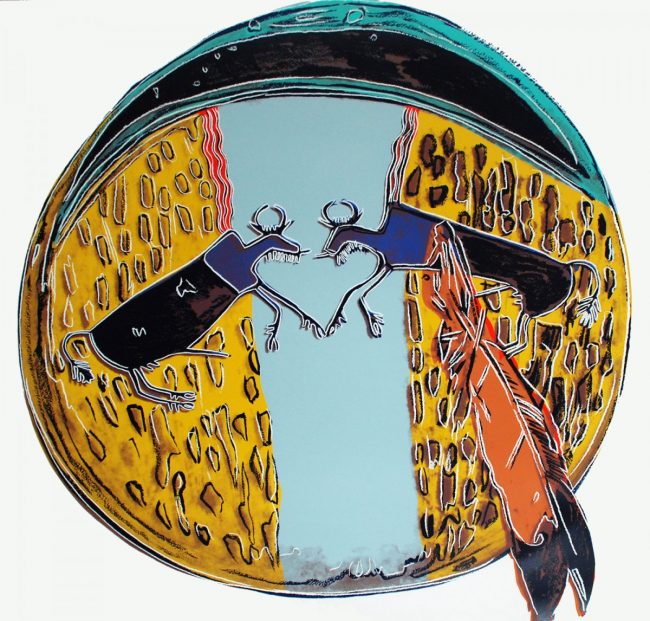