Guy Hepner is pleased to offer new work by street artist Alec Monopoly in 2017. Since he first appeared on the streets of New York in 2008, Alec Monopoly’s Monopoly Man has become a icon of the contemporary street art scene. Since then, the iconic character has graced the streets, gallery exhibitions and the collections of many art enthusiasts around the world. 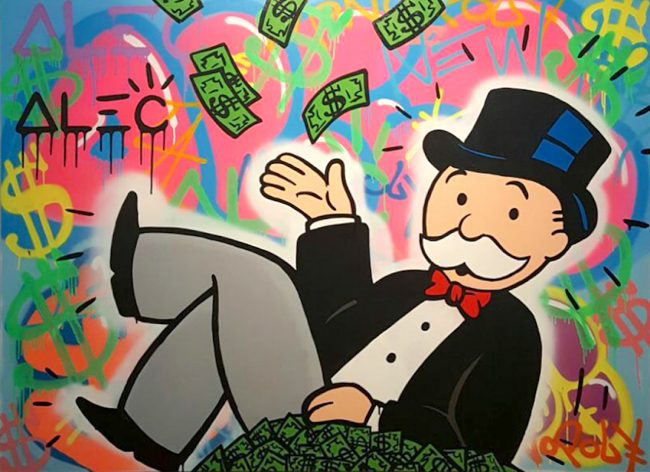 As the original focus of his work, Alec depicts the little banker in every conceivable situation. He is seen driving a Rolls Royce through the streets of London,  getting some R&R at Palm Springs and checking into a Hotel in Beverly Hills. Monopoly has also decontextualized other icons of popular culture such as Scrooge McDuck and Richie Rich. 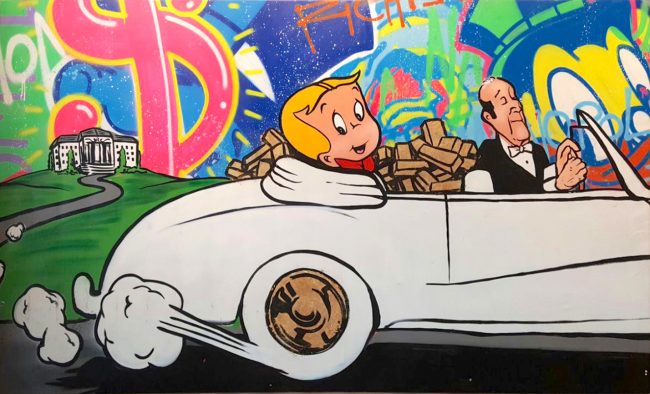 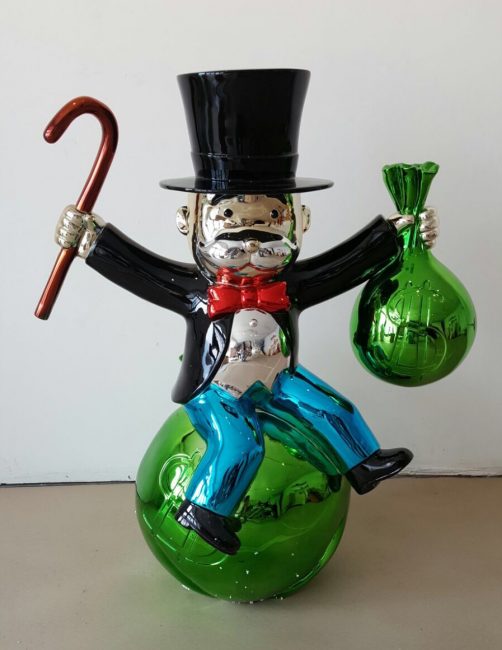 Alec Monopoly and his work have been covered by The Wall Street Journal, New York Post, Rolling Stone, Playboy Magazine, Billboard Magazine, Vibe, The Huffington Post, Complex Magazine, Juxtapoz, The Dirt Floor and Widewalls, in addition to a myriad of other art and lifestyle blogs. 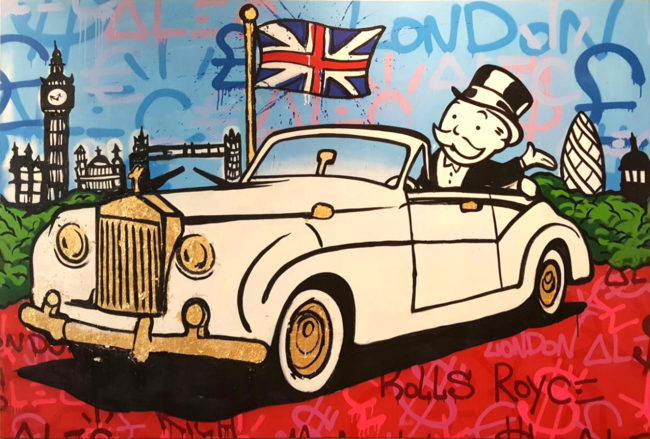 Guy Hepner also offers the unique opportunity to customize your very own Alec Monopoly commission starting at $25,000. Inquiry via phone or email to receive for information on commission pieces and newly available works by Alec Monopoly in 2017.