Contemporary artist Adam Lister uses a pixelated style to reproduce recognizable images taken from pop culture and Western art history. The result is an expansive range of watercolor paintings imitating everything from Vincent van Gogh’s Starry Night and Édouard Manet’s Olympia to Biggie Smalls’ iconic album covers and Star Wars, all with his own twist. His fragmented geometric canvases offer a nod to Cubism but also allude to 8-bit graphics and early production video games . With an appreciation for some of art history’s most famous masterpieces and a healthy splash of nostalgia rooted in his childhood memories from the 80s and 90s, Lister has conceived his own signature visual language. Formerly a decorative mosaic tile artist, Lister developed elemental arrangements after receiving his BFA in painting from the School of Visual Arts in 2003. 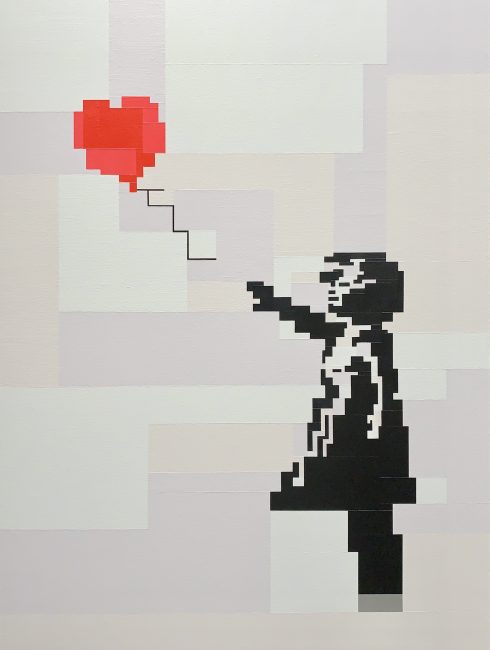 “My process deals with taking the memory of an image, and highlighting its complexity and simplicity at the same time. These paintings are influenced by geometric thinking and a desire to capture the briefness of a mental picture.” 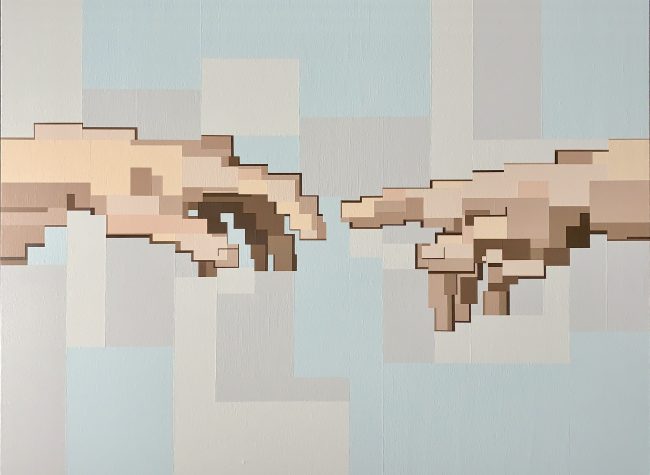 In creating an authentic look, he deliberately avoids the use of diagonal or straight lines, further emphasized with the strong contrast between the rigid structure and soft watercolors he paints with. 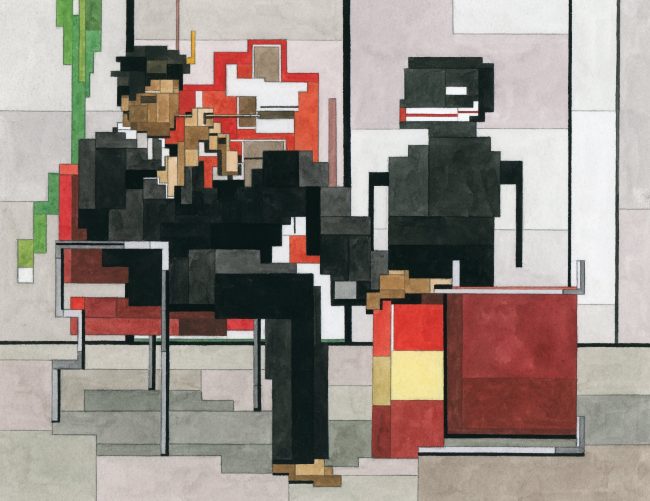 “It’s a challenge to me, how can I make “this” look like “this” with a minimal amount of shapes?”

Whether it’s paying homage to some of the greatest painters in history like Jan van Eyck’s Arnolfini Portrait, René Magritte’s The Son of Man and Pablo Picasso’s Les Demoiselles d’Avignon, or translating his style onto the classic pop culture figures that he grew up watching such as The Simpsons, Michael Jordan, Batman and The Goonies, the American painter has given his work a personalized meaning infused with nostalgia that’s relatable across generations. 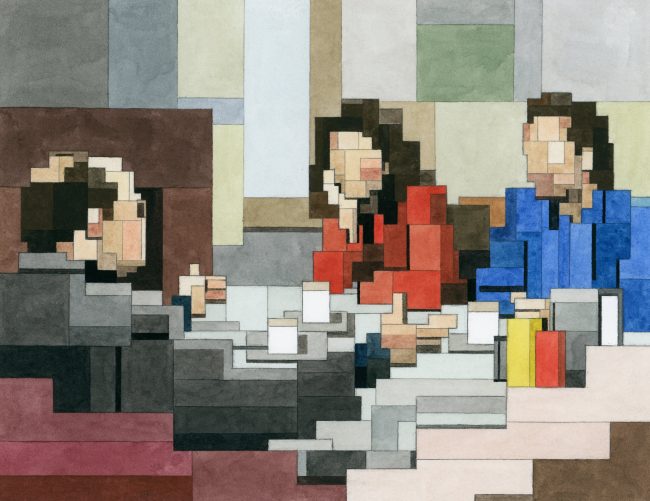 “I like the idea of taking a familiar image or object and simplifying it to the point at which it takes on a new form.”

This Thursday November 17th, we’re proud to be releasing a new series of exclusive original works through our online shop at Guy Hepner Editions. His latest collection of works “8-Bit Genesis” features a selection of watercolor works on paper and original paintings on canvas capturing imagery from iconic classical masterpieces to 90’s sitcoms and day-time television programs. For more information on the releasing dropping at 11 am EST, please get in touch with info@guyhepnereditions.comcreate new email