A Conversation with Tania Marmolejo

A Conversation with Tania Marmolejo 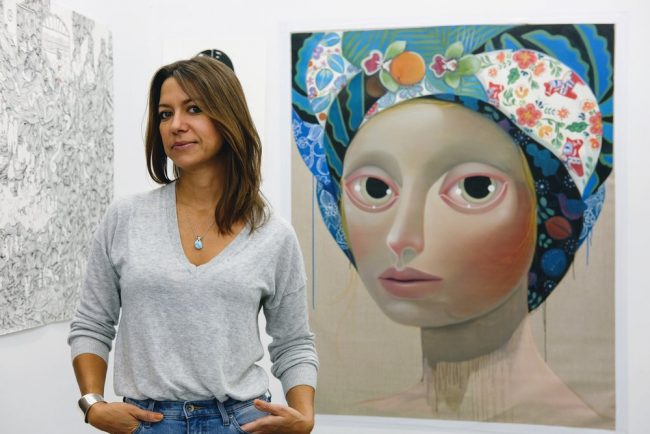 What are you hoping to achieve in these representations of female portraiture?

With my paintings, I hope to achieve a certain communication between myself and the viewer- a curious new emotion, a “wink-wink” recognition of an experience, a pause in trying to determine a certain ambivalent expression that will guide them through the experience of being “female”, that I am narrating.

How did you begin constructing these faces? What is your process as an artist?

The faces began as an outlet to emotions, that became characters in themselves, portrayed quite close-up in my paintings. I am now stepping back from the close-ups allowing more of the environment to peek through, creating a more narrative approach, sometimes adding more characters as a snapshot of a scene based on my emotions. 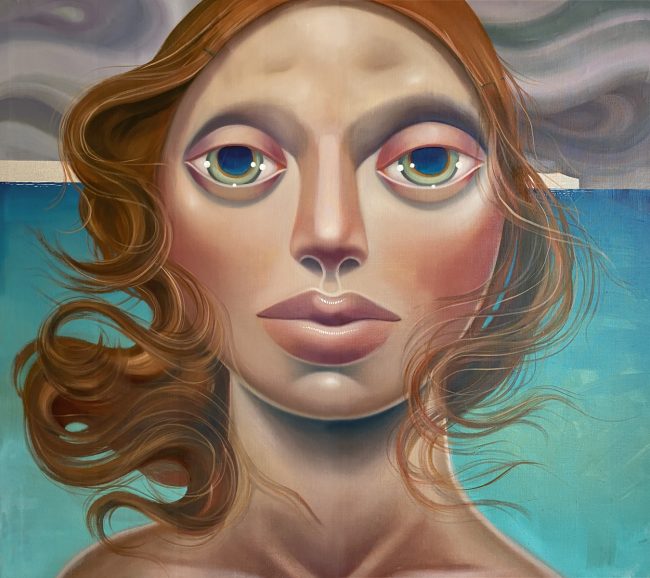 What artists have inspired you and your work?

I’ve always been inspired by the raw emotion of the German Expressionists, the compositions and technique of Renaissance paintings, American and Scandinavian Folk art’s use of color and compositions, and other collective movements more than artists themselves. There is too much I am inspired by that one artist couldn’t possibly capture it all.

How have you found inspiration recently and during quarantine?

I had been “stuck” in the Dominican Republic during quarantine and found a lot of inspiration in the environment there. I painted a collection “In The Time Of Isolation”, inspired by those emotions and anxieties while in quarantine. Now that I am back in NY, and there is more optimism with the development of vaccines, I find I am painting thinking more of the future, and there is a lightness and slight comedy in the newer paintings. 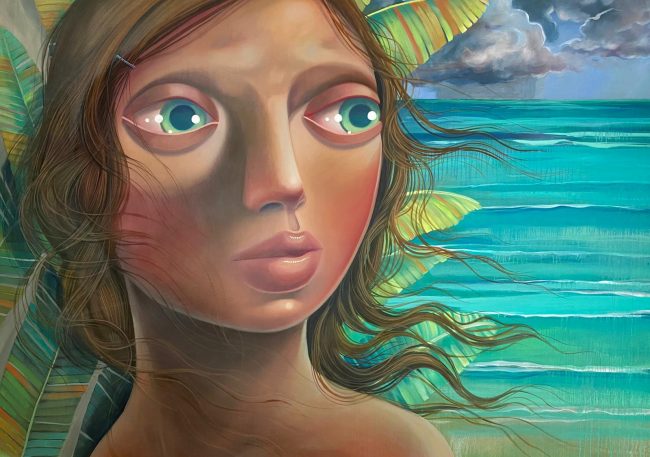 How do you see your other artistic ventures like graphic, textile, and character design merging with or informing your painting?

The character design is very present, it is the strongest “arm” that decides the outcome of my art. I enjoy painting characters and faces. The textile and graphic design show themselves in some compositions, decisive use of color and repetition of elements.

How has your painting progressed through the years?

I began painting more expressively, (loose, dripping paint, abstraction of backgrounds)  and now the paintings are more decided, with tighter compositions and finishes- that come from-I believe- my intention of creating a clear narrative in the painting. 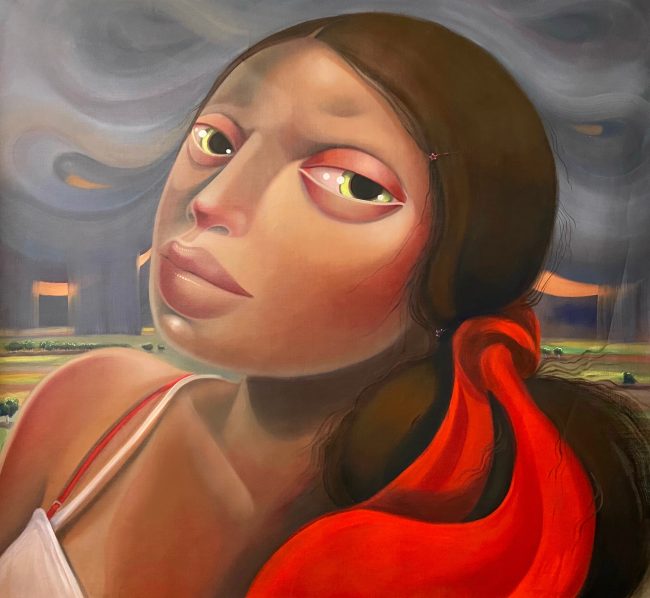 The Compliment by Tania Marmolejo

Having lived in so many different places, how do you find they influence your art

The Dominican Republic, where I grew up, definitely influenced a fearlessness in applying bold colors. Scandinavia, my other heritage- influenced a more subtle palette, with secondary, cooler tones that I experienced in Sweden and Norway. The mix of the two extremes is what most determines my use of color. New York exposed me to boldness and the importance of having your individual language. My language is the mix between my two heritages- sometimes more of a tug of war than a symbiosis.