Andy Warhol’s career often focused on the hype within culture on a celebrity or item. While the Campbell’s soup can creations seem to drift completely from his typical imagery- to Warhol it symbolized the same commentary on society’s obsessions. Warhol remembers eating the same Campbell’s soup cans for years- only difference being the flavor. He said, “I used to drink it. I used to have the same lunch every day, for 20 years, I guess, the same thing over and over again.” 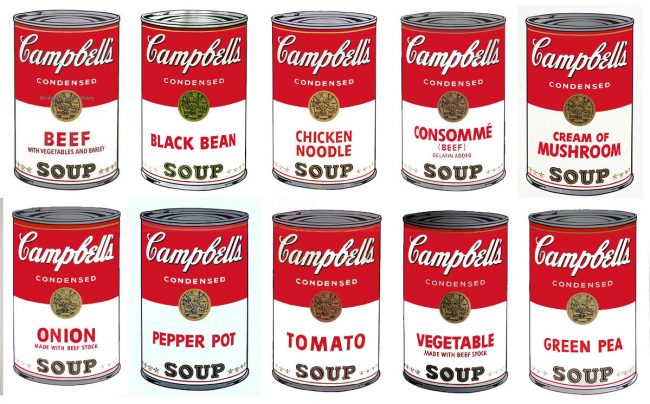 He took this mundane action, and reproduced the image of the soup can many times, painting them exactly identical, except for the flavor. He shared a message beyond recreating one of his most eaten foods- he was showing how society is so used to taking the same messages, advertisements, and products, each new one with only slight variation. 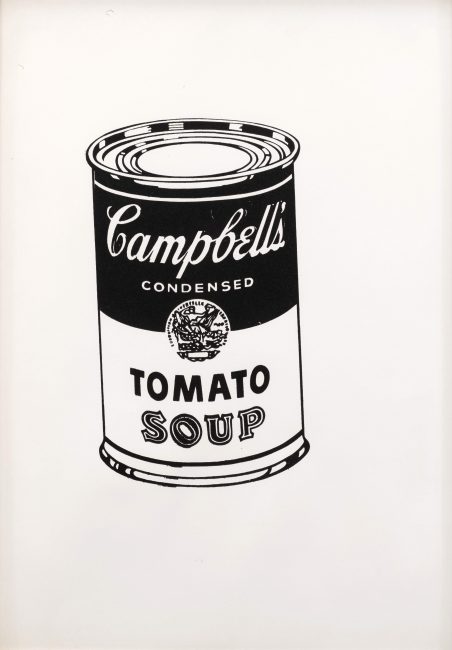 This understanding of culture even holds true today. Everyone wants the latest iPhone or gadget, but in reality, the variation from product to product is only slight. As humans, we are constantly drawn into familiarity with slight shifts making new items feel sacred. When asked about the impulse to paint Campbell’s soup cans, Warhol replied, “I wanted to paint nothing. I was looking for something that was the essence of nothing, and that was it”. Warhol had the magic of taking something meaningless, and transforming it into something highly coveted. 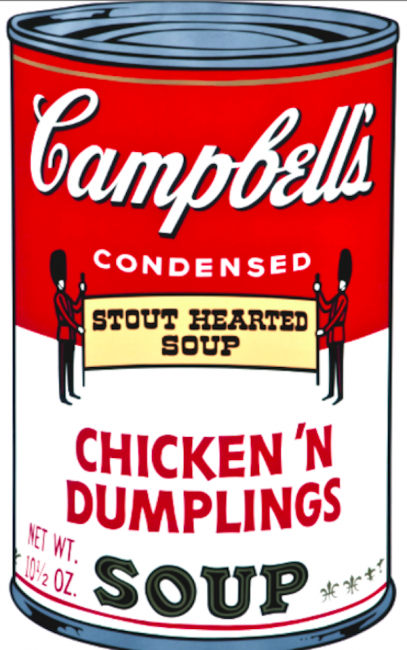 When he first released the soup can collection he placed them in long horizontal rows, mimicking the displays of supermarkets. An ongoing theme throughout this collection is uniformity and simplicity. Warhol wanted to mirror the streamlined efficiency America was adapting to at his time. 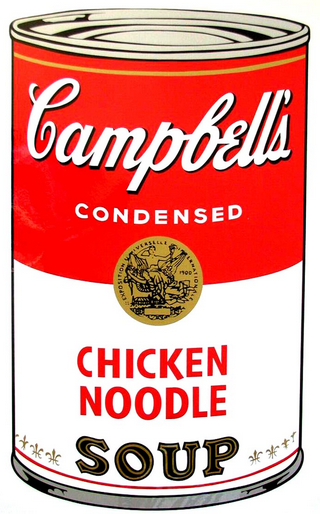 Throughout Warhol’s career, he always found his way back to the soup cans, taking his first creation of rows and readapting it into multiple forms. While he mostly depicted the cans in pristine condition, from time to time he would create a torn or tarnished can. Campbell’s Soup even created a special edition of colorful soup cans to commemorate the 50th anniversary of the influential artwork.