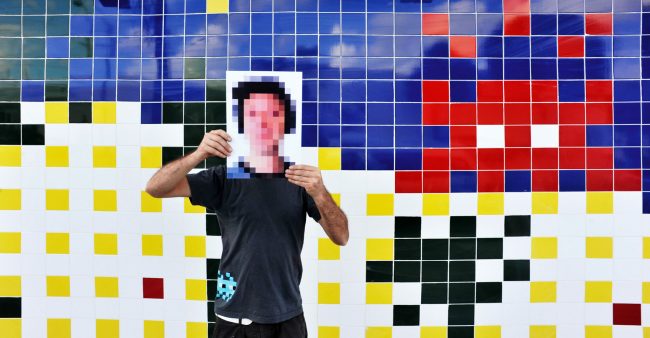 Starting out by ‘invading’ 33 countries worldwide with his video game inspired mosaic characters, anonymous French street artist, Invader, began his quest for bringing his inspiration to life. He took liking to the pixelated image of Space Invaders, a 1980’s classic pop culture arcade game, and even, “the perfect icons of our time, a time where digital technologies are the heartbeat of our world” says Invader.

When asked to identify himself, Invader replied saying, “I define myself as an UFA, an Unidentified Free Artist.” Invader treats his art as a game- he enters cities and ‘invades’ them by placing his tiles throughout, sometimes even placing up to 50 invaders in a city. While Invader clearly makes a powerful statement through each of his “invasions,” he refuses to turn it into anything political. He shares that even without being openly political, his artwork is naturally political, as it is illegal. While his game seems to be serious and tactical, Invader often jokes about his history saying he graduated from tile school on Mars. 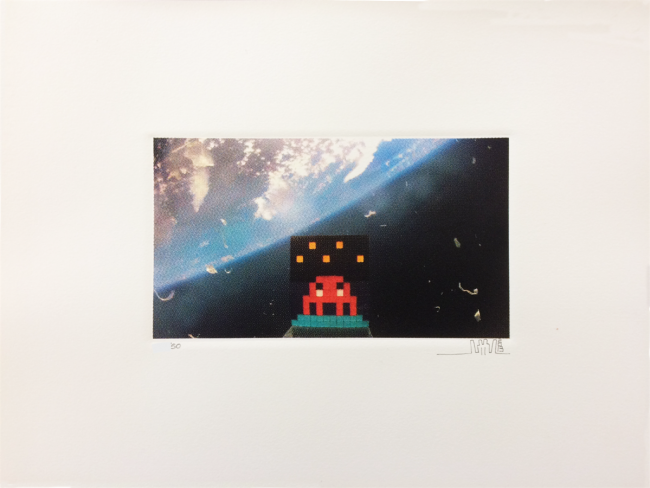 Art for space 2D takes a more literal approach on the “space” aspect of the project, featuring an invader traveling to space. Invader also takes a play on iconic artworks such as Picasso’s Mona Lisa and Munch’s Scream. 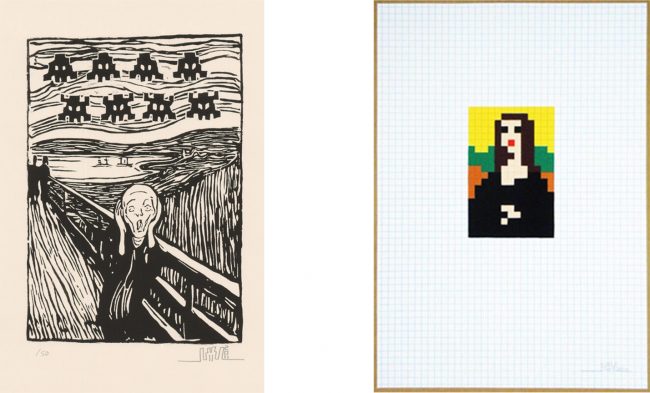 Invader’s work takes more than just a studio and some materials. He always needs to devise a strategic plan of time and location for posting, to ensure that nothing stops him. He pushes the idea of his art being a game a step further, by scoring his invasions after each trip. His works have invaded over 77 cities across the world, as well as shows in NYC, Los Angeles, Osaka, and Melbourne. To inquire more about the collection please email info@guyhepner.comcreate new email.