Keith Haring’s Pyramids and Totems
Towards the end of his career, Keith Haring continued to draw upon his explorations of graffiti and street art. When Haring first arrived in New York, it was home to a thriving underground art scene. Haring befriended fellow emerging artists like Jean-Michel Basquiat and Kenny Scharf, who shared his interest in the colorful and transgressive graffiti art of the city’s streets. 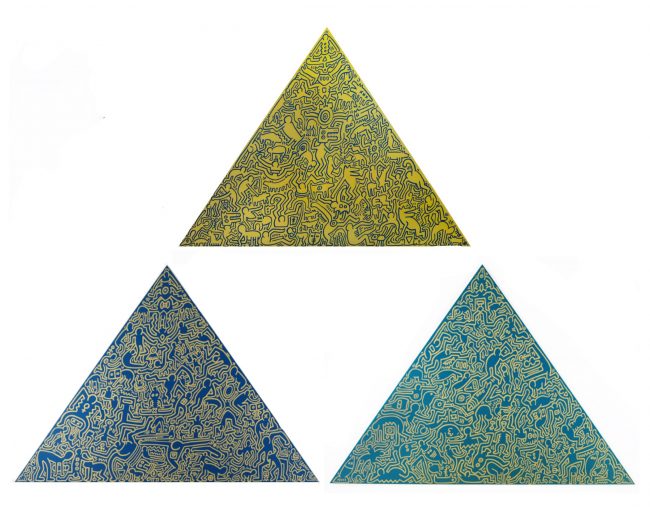 A totem is a spirit being, sacred object, or symbol that serves as an emblem of a group of people, such as a family, clan, lineage, or tribe. Haring often referenced the totem within his work as a way to capture the spiritual and sacred significance of the community in which he belonged to.

Totem, 1989, is presented as a three-part woodcut on Inshu-Koza Japanese paper. This limited edition of 60 shows Haring’s iconic symbols confined inside the silhouette of a totem. 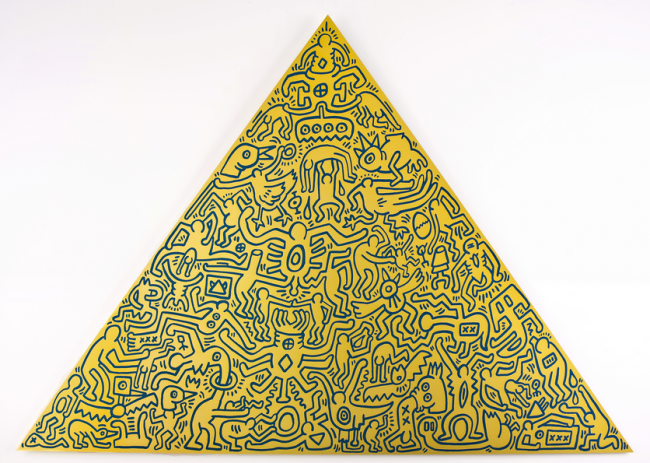 In 1990, the year before his death, Haring published a series of pyramids. These rare screen prints are printed on anodized aluminum features dozens of the artist’s iconic characters dancing in a celebration of life. Arranged within a large pyramid, the exuberant figures are rendered in bright colors against an equally rich background. The pyramid was a common theme in Haring’s work, simultaneously referring to antiquity and symbolizing eternity. 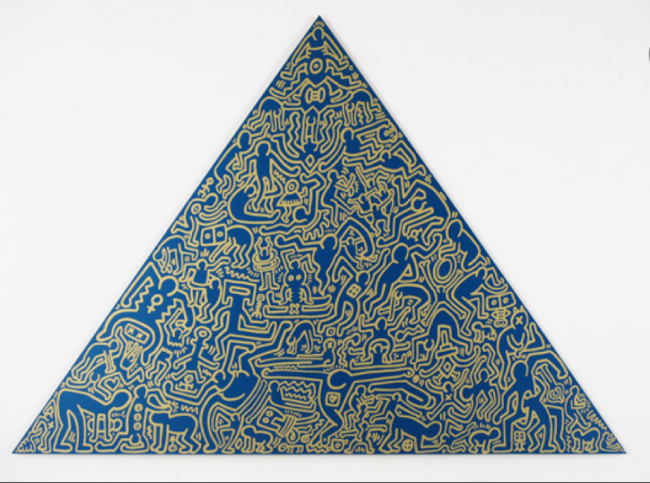 Within these works Haring returned to his signature figures and symbols. His kinetic characters offer a linear style, Haring’s pyramids and totems presents a stunning display of the artists graphic sensibility.